I recently went to a knitting show called Fibre East and took my camera along to see what I could shoot during the day. Going for lightweight, I took my D80 over my D700 because the body is a little lighter and decided to go with my 50mm prime lens.

It was a fun day out at the show and I got some interesting shots of people and booths. I also got told off by a stall holder for taking photos without asking stall holders. The irony was that at the time she told me off, I was trying to take a photo of the whole tent and not any stall in particular. It was kind of annoying as it was a public event and space but I did start asking stall holders before I did photos for the rest of the day. Everyone I asked said yes and most of the reactions were of either an ‘of course’ or ‘why are you even asking’ variety. Ah, people will be what they will.

My favorite thing to spend time photographing at the even though was the various breeds of sheep they had in a pen waiting to be sheared in a demonstration. Some of them were curious and coming up to the bar, particularly if you sat still and quiet long enough. And of course, they have such great faces full of character. 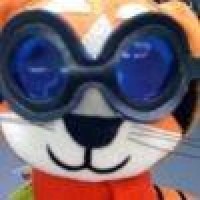